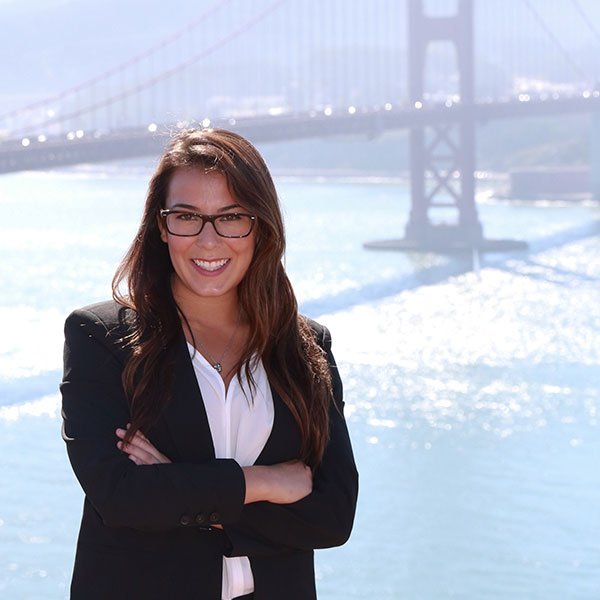 Gabrielle DiMariano joined Muelrath Public Affairs, Inc. in 2014 as a seasonal employee, working in the trenches to assist more than a dozen victorious campaigns for City Council and County Supervisor.

With each task and responsibility she took on, Gabrielle proved herself as motivated and hard-working, effectively multi-tasking work between several political candidates. Gabrielle’s broad scope of work focused on drafting letters to the editor, computing and analyzing voter data, calling supporters to build support for campaign events and meetings, drafting outreach materials, and preparing and organizing materials for grassroots campaign activities.

At the close of the 2014 campaign season, Gabrielle was offered a full-time position with Muelrath Public Affairs, Inc. Today, she continues to work with political candidates for the upcoming election cycle while engaging in community outreach efforts for high-profile land-use development proposals.

Gabrielle received her Bachelor’s Degree in Political Science from Sonoma State University, making the Dean’s List for several semesters and graduating with Distinction. During her college years, Gabrielle was also a student athlete at Sonoma State, member of one of the school’s sororities, and served in the university’s Political Science Club. A native of New Hampshire, she has lived in Sonoma County for more than four years.